Michael is a filmmaker and editor at Rebel Boy Media. He is also a UK accredited video journalist for Rebel Boy TV UK Limited.

Michael has a wealth of experience in video production and has had a keen interest in film since a young age. His first taste of professional video production was at around the age of 12 when he had an opportunity to be a cameraman for a 999 emergency services display that was being broadcast live by a small TV Group that his father was a part of.

His father, who was a well established telecommunication engineer, had purchased a video camera when Michael was young. Despite the rule that it was not to be used unsupervised, Michael and his brother used it frequently - unsupervised. This is where Michael's love of filmmaking started.

When Michael eventually got his own camera, he would film almost everything. When YouTube first started he had a vlogging channel which he ran with his cousin.

Michael also has a long history in IT and is an experienced web developer. This has given him an edge when it comes to developing content designed to be shared online, as he not only has a wealth of knowledge and experience in editing content for any platform, but also has the technical expertise and understanding of how these various platforms work and what is required.

Technology is moving fast and people want high quality content no matter which platform you're using. With our expertise in creating content that can be optimised for any platform and our in-depth knowledge in IT, web development and social media, Rebel Boy Media is the only sensible choice of provider for your next video production.

If you're interested in reading more about what we're doing, Michael now blogs for Rebel Boy Media on our vlog & blog page. 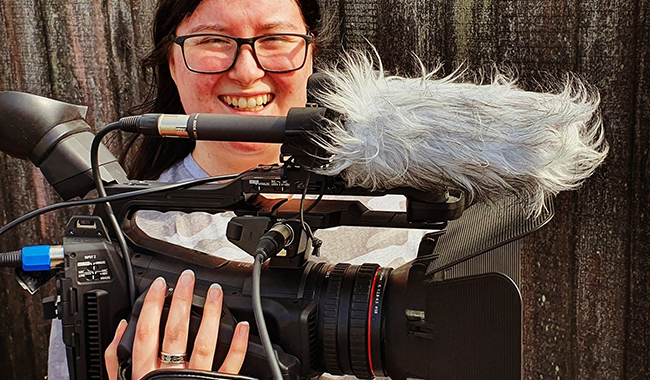 PHOTO: Katie using our new beast of a camera during our move to Canon, Sep 2020 © Rebel Boy Media UK Ltd 2020. All Rights Reserved.

Katie has been working at Rebel Boy Media as a trainee whilst also studying Media at Petroc College, and plans on joining the company as a full-time employee.

During her time at Rebel Boy Media, Katie has developed a range of skills, including filming techniques, editing, post-production, After Effects, colour correction, colour editing, and audio editing.

Not only has Katie been developing her skills at Rebel Boy Media, but she also works as a video journalist at Rebel Boy TV UK. Despite her young age, she is already a full UK Press Card holder and full member of the National Union of Journalists.

Since working at Rebel, Katie has developed her skills in filmmaking and has gone from basic DSLR skills to mastering our new broadcast UHD 4K video cameras.

Katie shows signs of a promising career in media and Rebel Boy Media is happy to help and support her on the path to success. 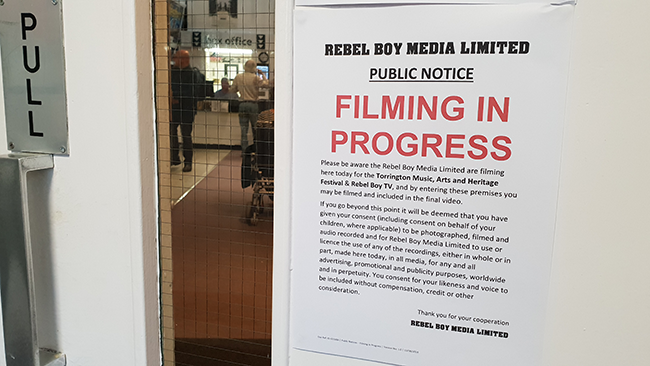 In addition to this, we also employ a variety of talented freelance and contract workers, such as voiceover artists, writers, and designers when required or our workload demands it. This allows us access to a wide range of talent in a cost effective way for our clients, ensuring we can meet the demands of a wide range of projects.

We also work with agents to access a comprehensive music library to suit almost any project with clear license agreements to avoid any copyright issues or YouTube copyright strikes.

We’re always looking to work with new talent and build strong relationships to ensure that we’re able to provide the best service to our clients and meet all of their needs.

Interested in a free quote? Get your free quote online now.

FIND US ON SOCIAL MEDIA

Please note: The links above are to external websites that are not under the control of Rebel Boy Media UK.

Let's chat to see what we can do for you

Did you know we provide a free, no obligation chat? No pushy sales. Just a free quote from our friendly staff to see how we can help. You can call us on 03330 06 46 51 or you can request a free quote online 24 hours a day: Start your new quote here

Not ready to chat? No problem - Here are some pages you may be interested in:

> Ready to Chat? Got a Question? Contact Us Online