You are here: Blogs & Vlogs > A Bad End to an Incomplete Day 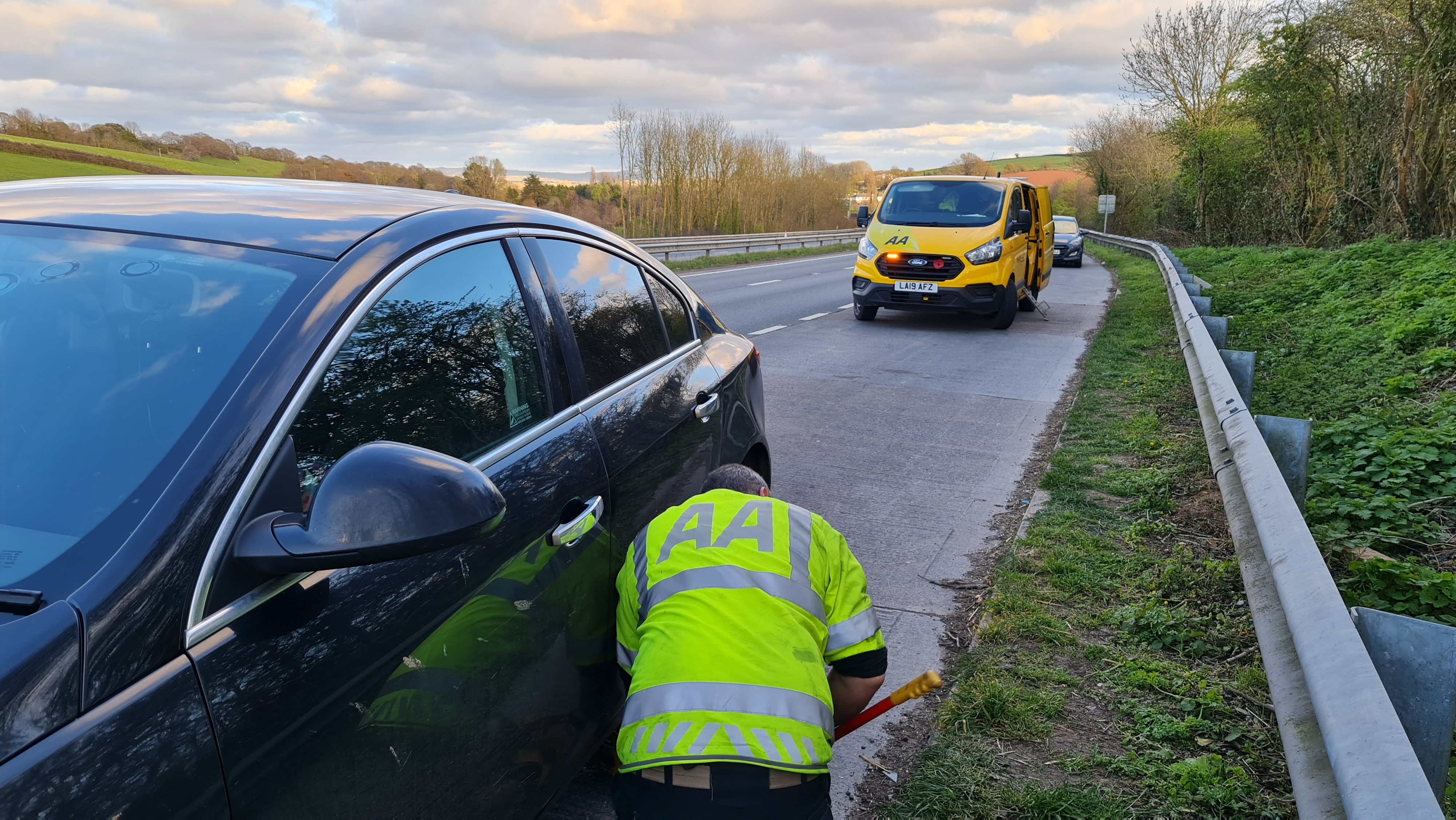 A Bad End to an Incomplete Day

If there is one thing that motorists fear the most - other than an unexpected police van with the rear window open sitting at the side of the road - its surely got to be the annual MOT test.

We have been quite lucky with our company car as it has never failed an MOT and this year was no different. Costs were about £500 and the only thing that made it worse was the car was due a major service, which adds nearly another £300.

With the car back on the road after a fairly hefty bill, we were definitely looking forward to at least a couple of months of motoring without further expense, to allow us time to repair the dent in our profits.

Sadly, this was not going to be the case, as on the way to another job, the most awful sound was coming from back of the car. Fearing the worst, we pulled over on the A30 find out what was going on.

Never mind, we like to prepare for the worst and in the boot behind the first aid kit, fire extinguisher, and a variety of other equipment, we had some of that emergency repair liquid, which turns out to be utterly useless. The tyre did get to around 11psi on the electric pump, put it quickly deflated as soon as it was disconnected.

Not quite being ready to give up and push the car into the ditch and take to living in the woods along the side of the A30, I go about emptying the boot and locating the spare tyre and tools. Obviously, it would be too easy if the tool required to undo the bolts was with the kit too, but as far as I could tell, clearly some negative vibe merchant had either taken it or just forgot to put it back - so thanks for that.

We had now been stopped at the side of the road for around 15 minutes and it was freezing cold. No amount of looking at the tyre and waiting for a solution to appear before me was working, so I gave in and called the AA, who promptly turned up and managed to change the tyre in a matter of minutes.

Wanting to appear as though I at least made some vague effort to take care of the issue myself, I explain the trauma of the missing tool. This poor excuse was promptly met with, "it's right there".

It turns out you need to unfold some of the tools to expose the one you need - Damn it. But we both agreed to pretend that it did not happen. And rather than just being incompetent with vehicles - or possibly a lazy approach to the entire situation brought on by a incredible lack of knowledge in mechanics and my severe - and self-diagnosed - allergies to manual labour - we agreed to forget that he found it.

By the time we were back on the road we had missed the second job we had booked. Katie and I then decided that the only rational thing to do in this situation, especially as we were now finishing early, was to pick up a pizza from Co-op and I also got a small whisky.

Yes, I know, it's a Wednesday evening, but a missed job and more expenses...? What else could we do?!

Upon returning to North Devon, I rescheduled with the client and booked the car in with the mechanic. I was horrified to learn that we are now going to be out at least another £120 and I started to question my decision not to ditch it at the side of the road and start my new life.

READY TO CHAT? Great - let's get this conversation started! Contact us today for an informal chat about your project or start your FREE quote online.

Not Quite Ready? No problem - here are some pages that we think you would be interested in to help you learn more about us.

Did you know we provide a free, no obligation consultation? No pushy sales! Just a free quote from our friendly staff to see how we can help. You can call us on 07852 427110 or you can request a free quote online 24 hours a day: Start your new quote here